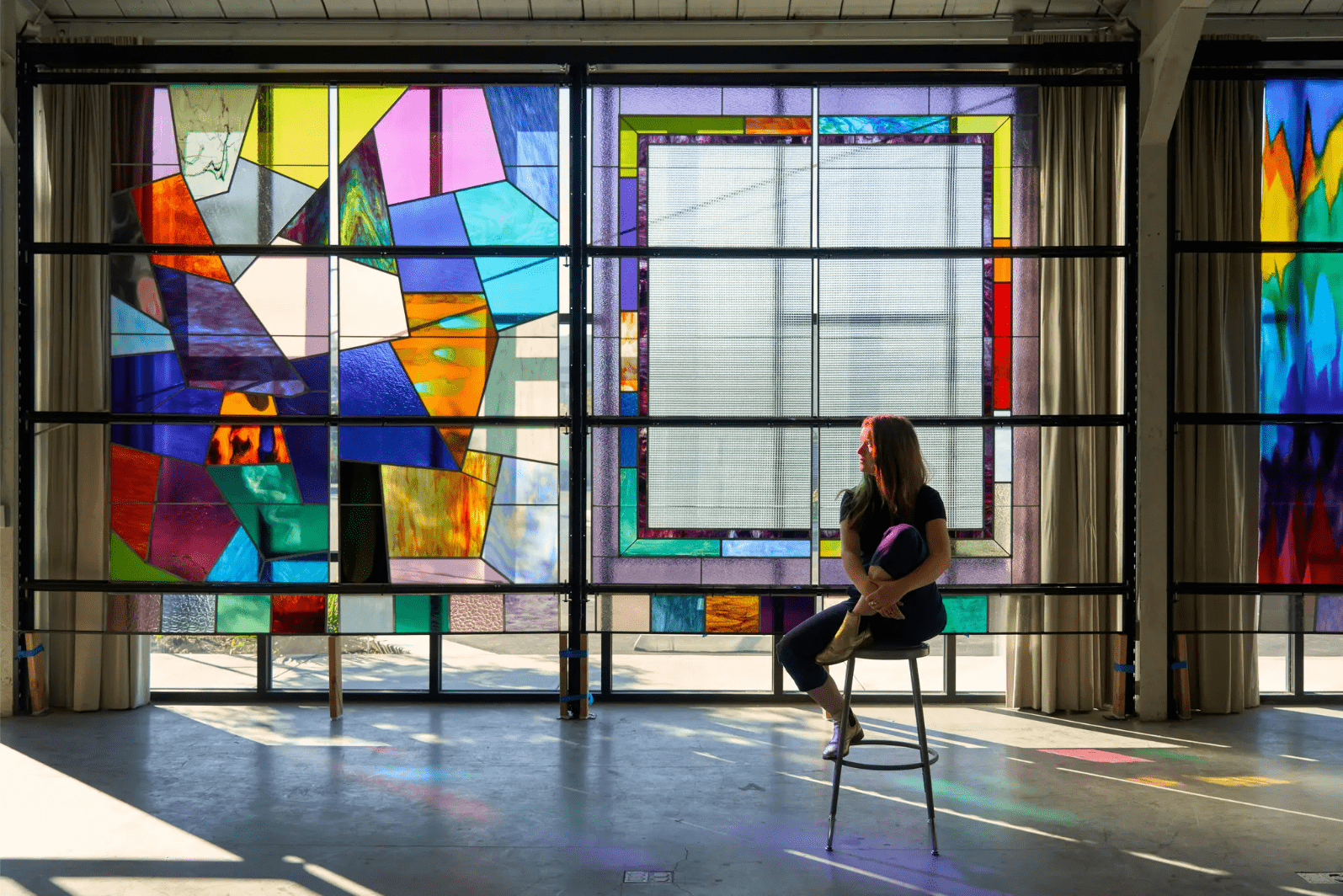 “The first paintings that Sarah Cain remembers admiring as a teenager were works by Joan Mitchell, Philip Guston and Robert Motherwell which, thanks to a public arts fund, lined the walls of an otherwise dismal underground mall in Albany, N.Y., not far from where she grew up, in Kinderhook. “My parents didn’t really take me to museums, so that is where I saw the first real art, mixed in with shops and a McDonald’s,” says Cain, who is now 40 and an established artist herself. In July, she will unveil a major public work of her own, a 150-foot-long series of 37 vividly colorful stained-glass windows, funded by the San Francisco Arts Commission, which she hopes will inspire passers-by in an equally unlikely setting: the new AirTrain terminal at the city’s international airport.”