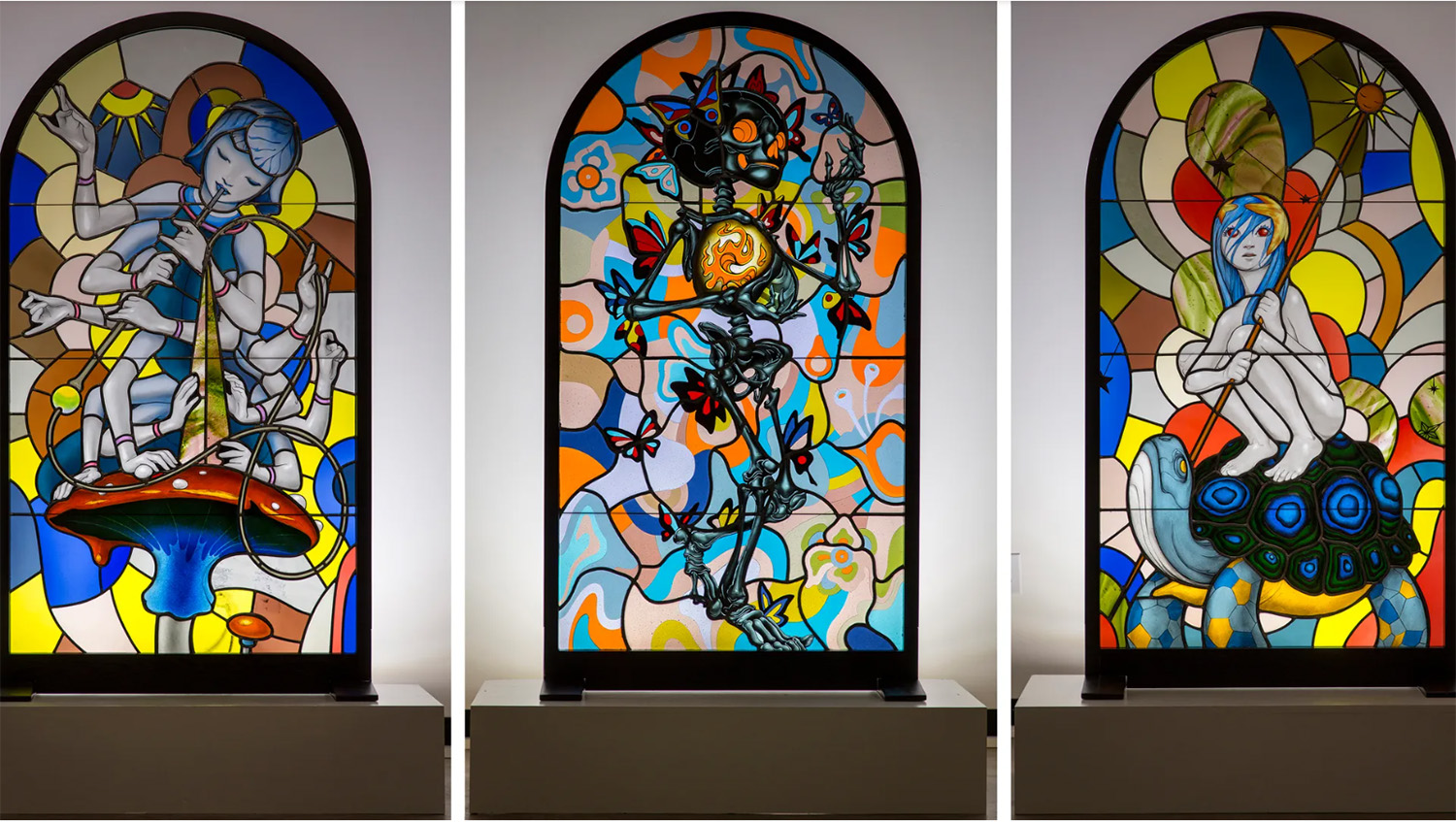 Architectural Digest: Inside the Renaissance and Future of Stained Glass

“When Judson Studios created the world’s first—and still only—fusion glass studio, it was kind of a lark. This detail becomes somewhat overshadowed by the striking images and rich history in the new book JUDSON: Innovation in Stained Glass, but it’s there. The studios, which have been located in Los Angeles since 1897, made a proposal in 2016 for the basketball court–size window of the Church of the Resurrection in Leawood, Kansas. It was an impressive bid replete with vibrant colors, stunning narrative imagery, and sparse lead “came” (the black lines that hold and separate different sections in traditional stained glass). It was a fantastic proposal but, according to David Judson, president of the studios and a fifth-generation Judson, “We designed something that, essentially, we didn’t exactly know how to make.” Then they won the bid.

To realize their vision, Judson had to strip back everything he knew about his family’s legacy and contemplate both the history and trajectory of the stained glass industry. In doing so, he found the courage to build an unprecedented facility dedicated to glass fusion. He also found a fascinating story that mixed his family’s lineage with the growth of Los Angeles, the religious trends of the nation, and the technical advances of the glass industry. In developing the facility, he wrote a book. While the book is a veritable review of how political and social events shape design, what resonates is Judson’s take on why stained glass—a dated, traditional, and somewhat rigid aesthetic—is having both a comeback and a reinvention.”