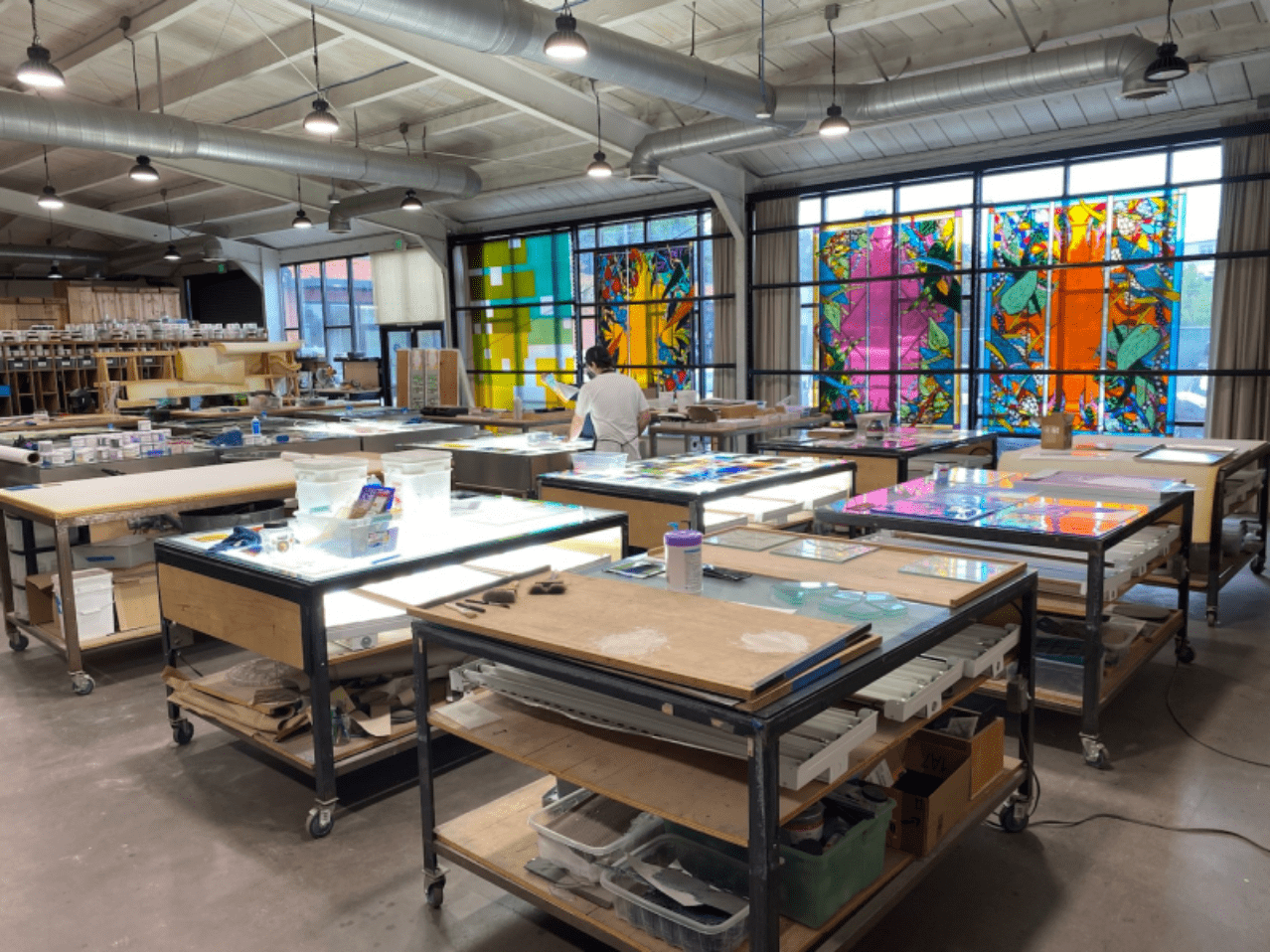 Hyperallergic: The Story Behind One of the Oldest Art Glass Studios in the US

“Judson’s main studio still sits in the same building it moved into 100 years ago, nestled into a quiet street abutting the Arroyo Seco in the Garvanza neighborhood of Northeast Los Angeles. It is run by David Judson, the fifth generation of Judsons to helm the company, which was founded in 1897 by his great-great-grandfather, the artist William Lees Judson, and his three sons. Born in Manchester, England, William Lee Judson arrived in Los Angeles in 1893 to die. After stints in Canada and Chicago, he relocated to LA at the age of 51 due to his failing health, hoping to live out his final days amongst the orange groves and bucolic landscapes. Instead of dying, however, he recovered, springing back to life just as the city was coming into its own. Between 1890 and 1900, the city’s population doubled from 500,000 to over 1,000,000. The iconic Bradbury Building was constructed the year he arrived, and oil was discovered in Westlake Park the year before.”