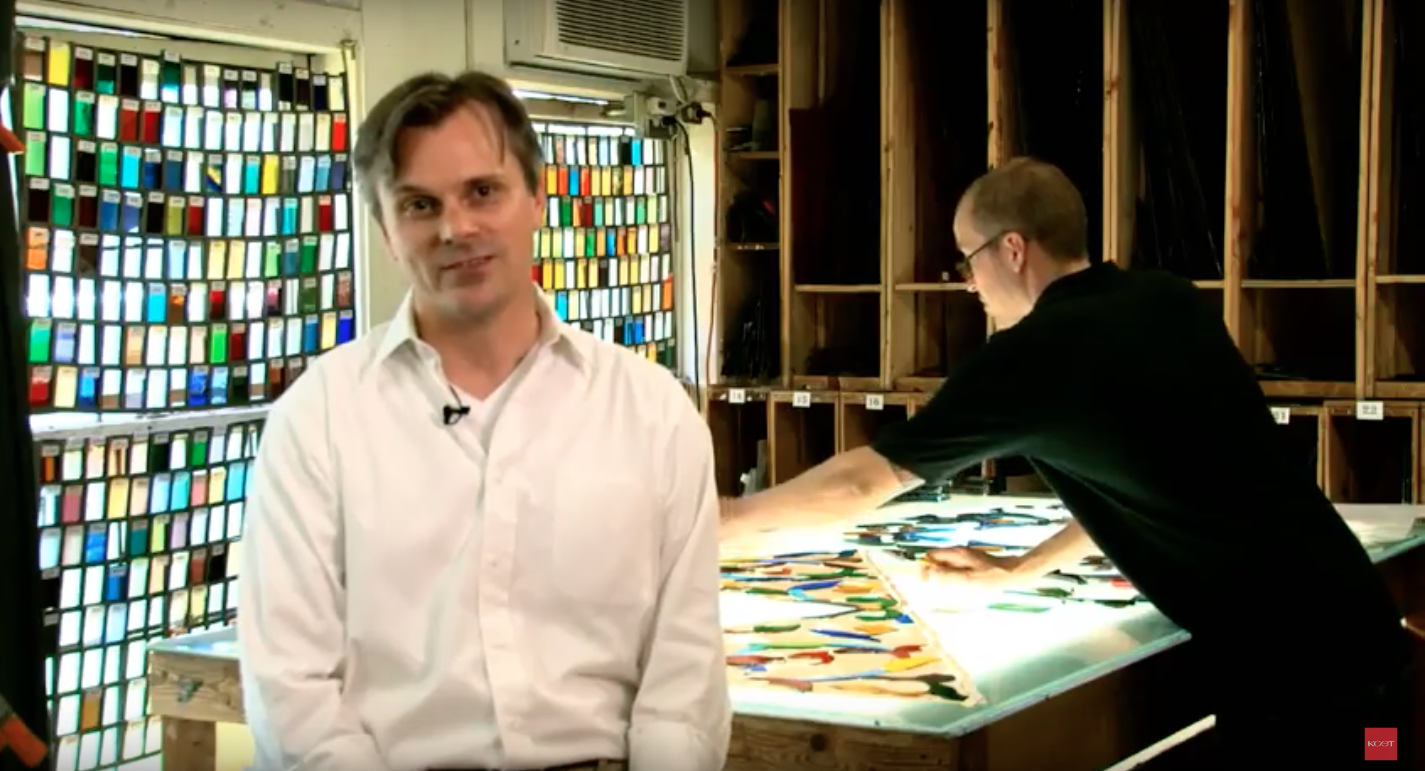 “William Lees Judson, a skilled painter and craftsman, initially came to Garvanza to seek a milder climate more suitable for his weakening health. Not only did the move helped him regain his health, Judson also found an inspiring natural setting filled with light and beauty. He fell in love with the area and used his skill with light not only to paint the landscape but also to create beautiful stained glass for homes and new buildings throughout Los Angeles.

In 1897, the Colonial Glass Company was founded by William Lees Judson’s three sons, near the Plaza in Downtown Los Angeles. Meanwhile William Lees Judson founded the College of Fine Arts in Garvanza. The the campus became a gathering place for artists and craftsmen, also serving as home to the Arroyo Guild of Fellow Craftsman, an arts collective founded by Judson and scholar George Wharton James.”