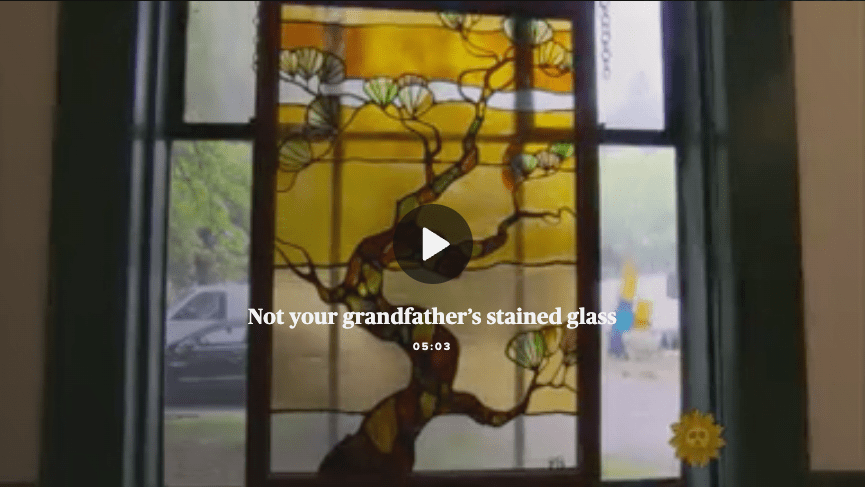 “Their stained glass studio in Pasadena, California has been in constant operation for 120 years, with a reputation that echoes the spirit of legendary stained glass artists like John La Farge in the 1800s, and Louis Comfort Tiffany … which actually makes for some discomfort for Judson.

“You don’t want to be called the Tiffany of the West?”

“I don’t want to be called the Tiffany of the West, no. Because I think what Tiffany did was great, but he represents something that we’re not. And so, I hope that they will know us as Judson Studios, and that we’ll be able to carry our own legacy.””

Read the full story and watch the video here